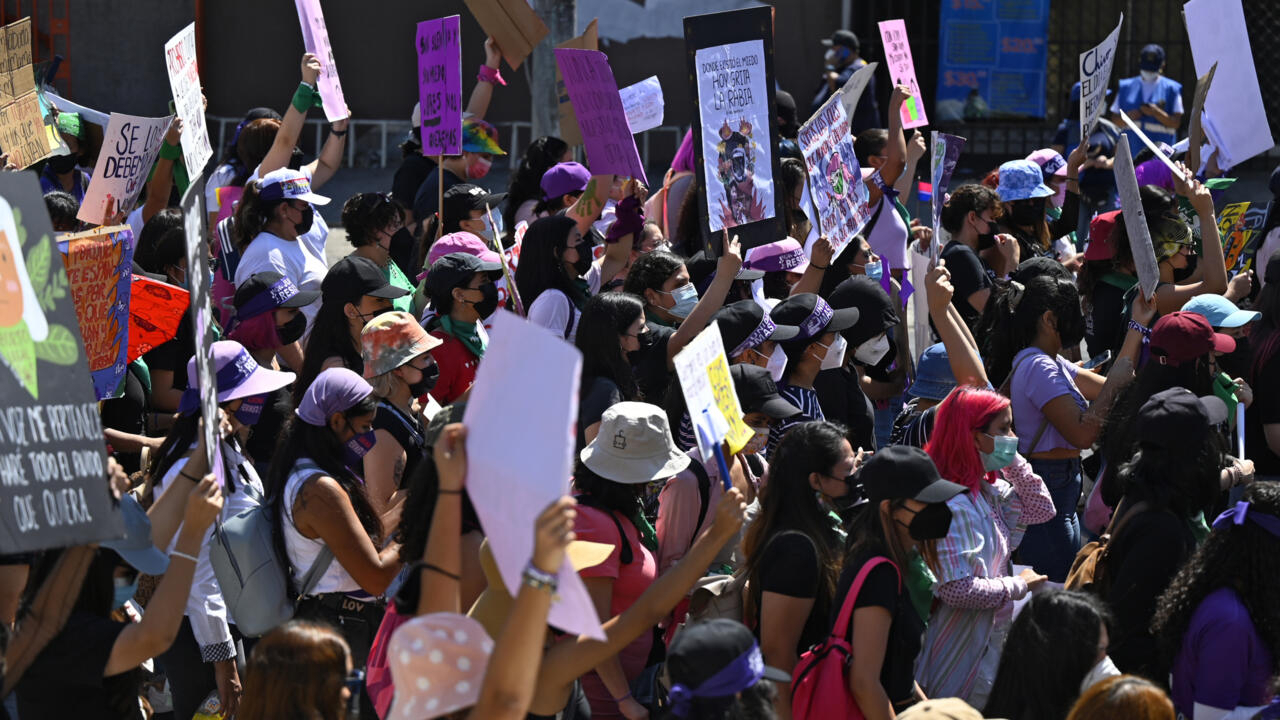 San Salvador (AFP) – About 2,000 women marched through the Salvadoran capital on Sunday to demand the legalization of abortion and a decrease in the murders of women in the Central American country.

With slogans such as “It’s my body, abortion is my right”, “No more patriarchal violence” and “Women are strong and together we take care of ourselves”, they demonstrated in San Salvador wearing purple or green scarves around the neck in anticipation. International Women’s Day on March 8.

They called “for abortion to be decriminalized in the country on certain grounds, so that we no longer have women imprisoned, unjustly criminalized for having undergone an obstetric emergency”, said Morena Herrera, leader of the Association citizen for the decriminalization of therapeutic and ethical practices. and eugenic abortion (ACDATEE), told AFP.

Herrera said abortion should be decriminalized to save the lives of women and girls; when a fetal malformation incompatible with life outside the womb has been detected; and when the pregnancy is the result of sexual violence.

El Salvador has categorically banned abortion since 1998, even in cases of rape or if the health of the woman or the fetus is in danger.

Terminating a pregnancy can send a woman to prison for up to eight years, but Salvadoran judges often find women guilty of “aggravated homicide”, which carries a sentence of up to 50 years in prison.

Many women are prosecuted after seeking medical help for pregnancy complications on suspicion of attempting an abortion.

At least a dozen women currently face varying sentences for termination of pregnancy.

During the march, the women also demanded that the authorities fight femicide in the country.

“Femicide must stop, women have the right to a safe life, no more violent deaths,” Abigail Alvarado, a student at the Public University of El Salvador (UES), told AFP.

Figures from the Observatory of Violence Against Women indicate that in 2021, 132 women were murdered, slightly more than the 130 cases recorded in 2020.