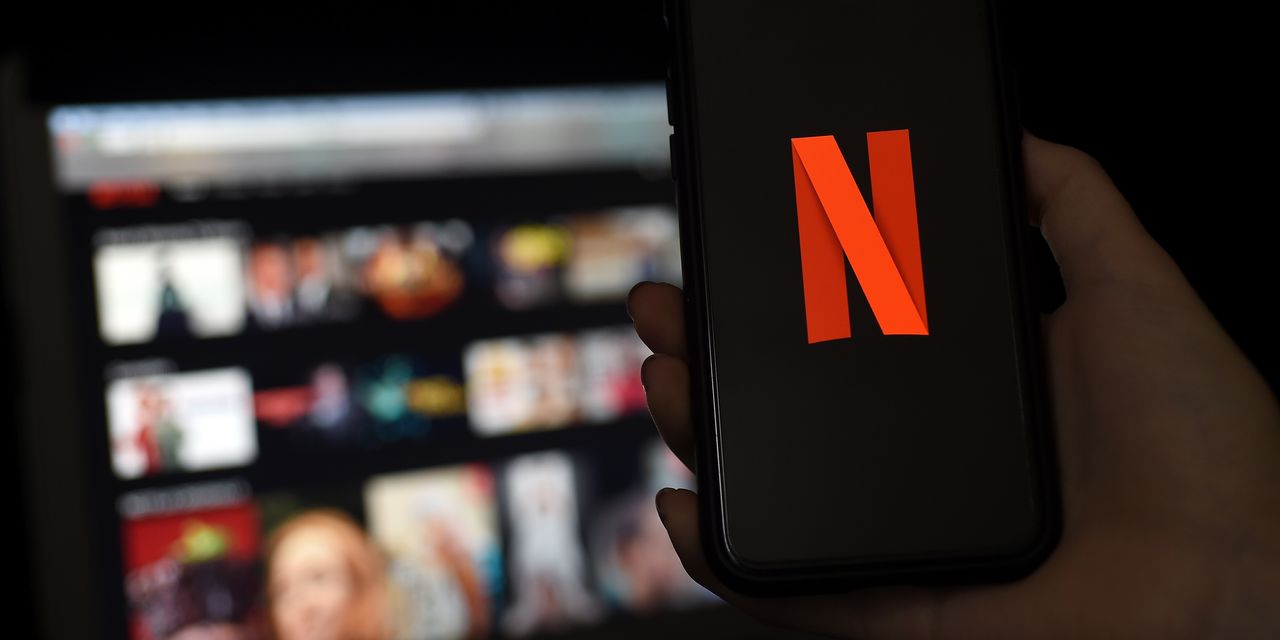 Shares fell late in trading Thursday after the streaming video giant reported disappointing fourth-quarter subscriber additions and first-quarter guidance that fell short of Wall Street expectations. The results raise new questions about the company’s ability to grow given a nearly saturated market in the United States and Canada.

For its fourth quarter, Netflix (ticker: NFLX) added 8.28 million net new subscribers, slightly below the company’s own forecast for 8.5 million net additions and roughly in line with the consensus forecast of Wall Street at 8.3 million. The company now has 221.8 million subscribers worldwide.

Netflix’s projections for the current first quarter were even lighter. It predicts 2.5 million net additions, compared to 5.7 million predicted by analysts. This will exacerbate concerns about the maturing of the company’s business.

In a letter to shareholders, the company said its guidance for the quarter reflected “a more weighted background content slate” for the period, with the new season of Bridgerton, for example, scheduled for March. Netflix also said customer acquisition growth “has yet to re-accelerate to pre-Covid levels”, adding that “this may be due to several factors, including the current Covid overhang and macroeconomic challenges in many parts of the world”, including Latin America. .

“Even in a world of uncertainty and increasing competition, we are optimistic about our long-term growth prospects as streaming supplants linear entertainment globally,” the company said. “We are continually improving Netflix so that we can appeal to our members, increase our share of free time, and lead this transition.”

Netflix said average subscription revenue was up 7% from a year ago, two points better than the September quarter. Operating margin was 8%, down six percentage points from a year ago, but slightly higher than the company’s guidance of 6.5% due to “slightly lower-than-expected content spend “. Netflix said it did not repurchase any shares during the quarter, instead using the cash to fund its previously announced acquisition of Roald Dahl’s portfolio of stories.

On a post-earnings conference call, Netflix executives admitted competition could play some role in slowing growth, while also noting that pandemic cross-currents remain an issue, with growth still below pre-Covid levels. Chief Financial Officer Spencer Neumann said on the call that churn is down from a year ago and viewing hours remain strong. He said it was “hard to say why” growth has slowed, and speculated that this may partly reflect “a bit of global Covid overhang after two years of a global pandemic”.

Netflix is ​​targeting an operating margin of 19% to 20% in 2022, down a hair’s breadth from 20.9% in 2021, including a two point negative impact on foreign currencies. The company said it expects positive cash flow in 2022 and beyond. Netflix ended 2021 with gross debt of $15.5 billion, slightly above its target range of $10-15 billion, and said it would repay $700 million in senior notes to the during the current quarter.

A morning briefing on what you need to know in the day ahead, including exclusive commentary from Barron’s and MarketWatch editors.

Netflix noted that it launched mobile games on Android and iOS devices in November and the current slate is up to 10 games. “It’s still very early days, but we’re happy with our progress. In 2022, we will expand our game portfolio across the casual and core game genres while continuing to schedule a wide range of game types to find out what our members enjoy the most,” the company said.

Last week, Netflix quietly increased subscription prices in the United States and Canada. In the US, a standard subscription, which includes HD-quality video and the ability to stream to two devices at the same time, now costs $15.49 per month, down from $13.99 previously. The basic service is now $9.99 per month, down from $8.99 previously. The Premium service, which allows up to four simultaneous streams, goes to $19.99 per month from $17.99. The company also recently cut prices in India to stimulate demand.

Netflix said rising prices in the United States will be a factor this quarter. Neumann also noted that the revenue forecast for the fourth quarter reflects a decline of about four percentage points in the currency.

The company said in its letter to shareholders that “competition may affect our marginal growth,” but it continues to grow in all countries and regions in which these new streaming alternatives have launched.

In the letter, Netflix also said its board of directors had decided to make changes to its corporate governance structure, including “declassifying our board, removing majority voting provisions qualified in our charter and our articles of association and by allowing shareholders to call extraordinary meetings”.