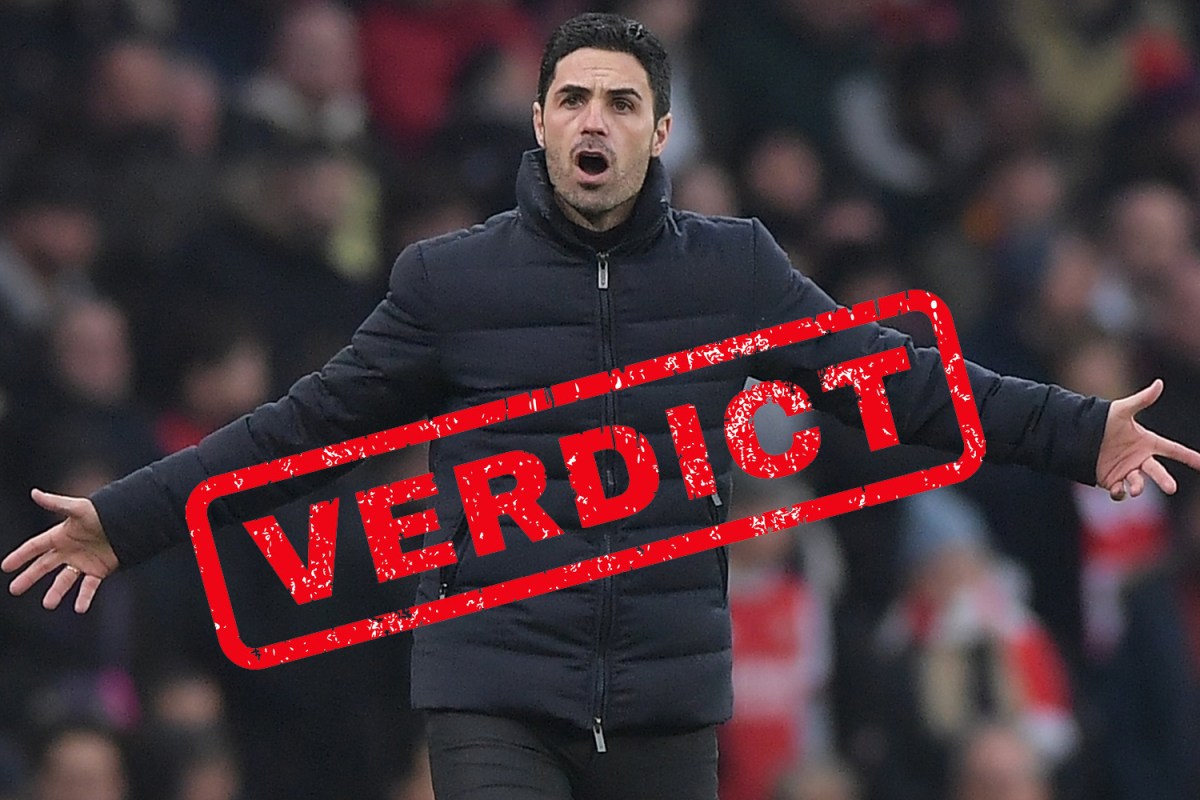 IT’S time for Mikel Arteta to tap his foot and demand more from the Arsenal board.

The Gunners huffed and puffed their way to a dismal 0-0 draw against Burnley, which showed they were desperate for something new in the final third.

These days, Alexandre Lacazette is the man tasked with leading the line – but he’s your usual 6/10 showing match against match.

And he probably won’t be here next season anyway.

Despite almost total domination against the Clarets, Arsenal struggled to break through the visiting defence.

It’s clear Arteta doesn’t think Eddie Nketiah is the man to take Arsenal forward – he sat on the bench until the 77th minute.

Aubameyang has returned to London after being worried he was diagnosed with “heart damage” while on international duty with Gabon at Afcon.

But there might be some hope around the corner.

Rumor has it that transfer target Dusan Vlahovic was dropped from the Fiorentina squad at the weekend, with reports in Italy saying he was ‘ignoring the calls’.

Arsenal continue to be linked with the 21-year-old striker – but will have to meet Fiorentina’s asking price, believed to be over £66million.

If Londoners start to balk at the award, Arteta has to grit his teeth and slam the meeting room door.

There is no doubt that the Gunners are completely toothless. They have had to rely on goals from attacking midfielder Emile Smith Rowe and left winger Gabriel Martinelli this season.

And they’ve only scored ONCE since the start of the year – Bukayo Saka scored on New Year’s Day in the 2-1 loss to Manchester City.

Vlahovic has a host of top European clubs seeking his services after scoring 17 goals in 21 Serie A appearances for Fiorentina this season.

Juventus appear to be the main favorites as Arsenal continue to dither.

The Emirates chiefs have already been in talks for a month with Fiorentina owner Rocco Commisso but their patience is starting to run out.

It’s time for Arteta to get involved before any hopes of a top four finish are firmly extinguished.